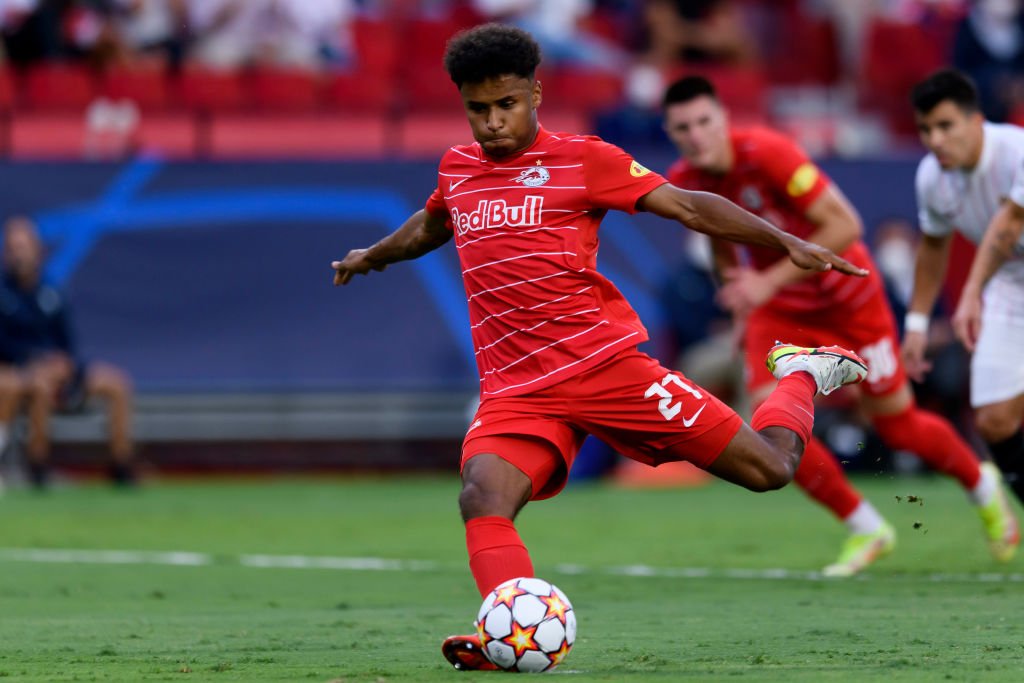 Liverpool are making headlines this morning as the Echo is linking the club to Red Bull Salzburg striker Karim Adeyemi. The 19-year-old is valued at £18 million but the price rising quickly thanks to his goal exploits this season in Austria and in the Champions League.

According to RousingtheKop, Adeyemi’s sale would see a sell-on clause fee of 22.5% paid to SpVgg Unterhaching, so expect a higher transfer price. The sell-on clause could complicate a transfer to Liverpool.

To read the Echo’s article, click here or continue reading to see all of the headlines we have culled together for today, November 30th.

What is Liverpool’s recent record against Everton? Have a look at our recent LiverpoolRedsFCBlog article to learn more.

Lionel Messi somehow won the Balon d’Or this week. Fans and pundits have hit out at the popularity contested after Mohamed Salah finished seventh.

Liverpool are linked with Barcelona’s Ronald Araujo. I don’t believe it, but you can read all about it here.

Fenway Sports Group have agreed to buy the NHL ice hockey team, the Pittsburgh Penguins, for £656m. FourFourTwo has all the information about the potential deal and its effects on Liverpool.

West Ham are interested in centre-bac Nat Phillips. In my opinion, Phillips was Liverpool’s player of the season in 2020-21, but his playing time has been greatly reduced, as was expected. Phillips is valued at under £10m by Transfermarkt.

One Liverpool blog believes the Reds should sign Lyon midfielder Lucas Paqueta as an all-new Philippe Coutinho. Find out why here.

One thought on “Liverpool Headlines for November 30: Karim Adeyemi to Liverpool for £18m”