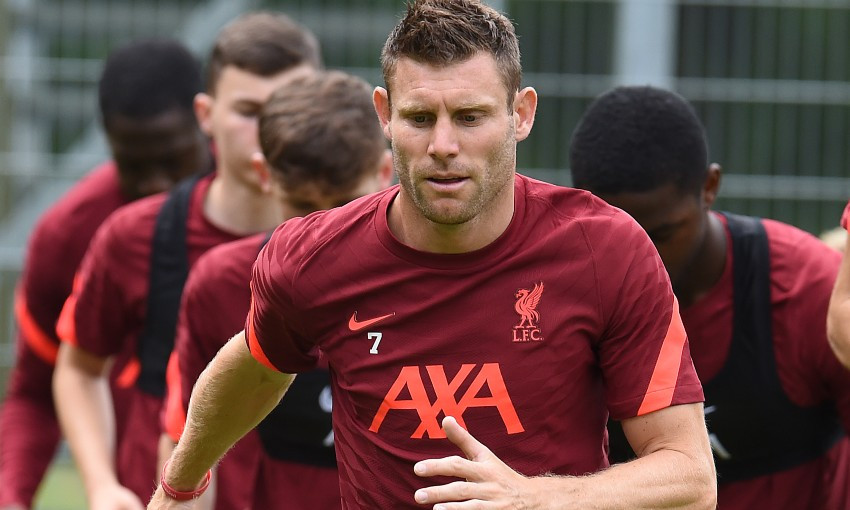 This week, a lot of talk has been made about player contracts at Liverpool, including several articles on The Athletic by James Pearce. With the exit of Georginio Wijnaldum, who joined Paris Saint-Germain as the French club spends money like a drunken sailor, supporters are worried more players could get away from Anfield due to low-ball contract offers.

Fourteen players have contracts that expire in the summer of 2023 including Sadio Mane, Mohamed Salah, and Virgil van Dijk. Deals are being ironed out to extend the three players’ stay at Anfield, however. Jordan Henderson is one of those 14 players that has a contract ending in 2023.

It has been reported that Jordan Henderson could leave the club in the same fashion as Wijnaldum. The club captain will be 33-years-old by the time his contract ends. If there is one thing we have seen over the last three seasons, it is that Fenway Sports Group are not willing to give lucrative extensions to ageing players. Alberto Moreno, Daniel Sturridge, Adam Lallana, and Wijnaldum have all been let go as free agents due to their ages.

In the cases of Moreno, Sturridge, and Lallana, the club’s decision to let the trio go was wise. Moreno has been injured at Villarreal and a bit part player. Sturridge is without a club while Lallana has again battled injuries and played sparingly at Brighton. Wijnaldum could experience a decline at PSG this season, but with a world-class set of players around him in a league the Parisians should walk through, the Dutchman is likely to have a strong campaign.

Heading into the 2021-22 season, Liverpool have two players out of contract at the end of the term. All-arounder James Milner and attacking midfielder Ben Woodburn are out of contract next summer according to Spotrac.

Milner will earn around £7.5 million this season for the Reds to play a back-up midfield/defensive role. He has been a key member of the squad since arriving for free from Manchester City so many years ago. It is likely that this will be Milner’s last season at Anfield as getting his wages off the bill next term could help the Reds greatly.

Woodburn is one of the many players expected to leave Anfield this summer as Klopp needs to trim the squad down. The midfielder has played 11 times for Liverpool’s senior team, scoring one goal, but never cementing a place as one of the club’s up and coming stars. According to Transfermarkt, Woodburn is valued at just under £2m.

Woodburn’s loss won’t be a significant one for the Anfielders and he is likely to be sold, if possible, before the end of this transfer window.

Milner, on the other hand, has been a significant player for the Reds. However, at 36 when his contract expires, Milner would get the send off he deserves at the end of the campaign just as Lallana and Wijnaldum received. Even if Milner plays a bit part in matches, his presence in the team and during training will make the rest of the side better.