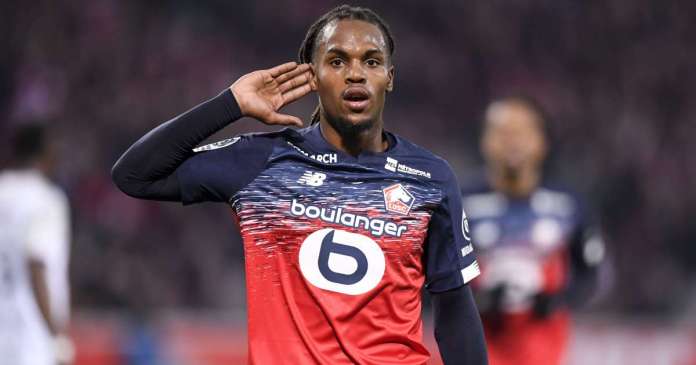 Renato Sanches rose to the forefront of European football at the Euro 2016 tournament. He was the tournament’s break-out player as Portugal won the competition and the midfielder took home the UEFA European Championship Young Player of the Tournament award.

His rise as the continent’s top youngster came just months after joining Benfica’s first-team. Sanches played a mere 24 times for the Eagles before Bayern Munich came calling, shelling out £31 million for his services. The move came quickly allowing Bayern Munich to prevent other clubs from Europe from beating them to the punch. Yet, like what has been seen with Joao Felix following his move from Benfica to Atletico Madrid, Sanches struggled to live up to the hype.

Bayern Munich coach Carlo Ancelotti struggled to get the midfielder to fulfill his potential. In a team that included Thiago, Arturo Vidal, Xabi Alonso, and Philipp Lahm playing in midfield, it is understandable that Sanches would struggle to fit in, however. After just one season at Bayern Munich, Sanches was shipped to Swansea City on loan, where the struggles continued. Sanches couldn’t get into the side and appeared in just 12 games. A return to Bayern Munich saw him play 17 times in 2018-19, before the club cashed-in on him. By the time Lille came calling in August 2019, paying £18m, much of the football world had given up on the once mercurial midfielder.

Out of the spotlight, Sanches has been brilliant for Les Dogues over the last 18 months-plus. Now 23, Sanches is the maestro of the Lille midfield and a major reason Christophe Galtier’s team are two points clear of Paris Saint-Germain at the top of the Ligue 1 table.

In December, it was reported by several media outlets that Liverpool had agreed an £18m transfer for Sanches. Since January, reports, and rumours of Sanches to Liverpool have quieted. The club’s attempts to keep Georginio Wijnaldum have stopped and it is claimed the Dutchman’s move to Barcelona is “95% complete”. Liverpool have shown in recent seasons to be happy to let aging out of contract stars leave on free transfers rather than weigh themselves down with long-term contracts. While Sanches makes the most sense and has a playing style not too dissimilar to Wijnaldum, Udinese’s Rodrigo De Paul is being linked to the Reds currently.

Lille are in chaos at the boardroom level despite their first-place position. Having sold Nicolas Pepe and Victor Osimhen in the last two transfer windows for over £100m combined, the club are still facing financial problems and a firesale of players could occur in the summer. Previous reports stated Lille could be forced to sell Sanches for under £20m just to make some quick money.

How does Renato Sanches stack up on the pitch?

Sanches has played 16 times for Lille in Ligue 1, starting nine times and accumulating 832 minutes. He has just one goal but is much more than goals for Lille, much like Wijnaldum for Liverpool. He has added one assist for the Ligue 1 leaders. According to Football Reference, Sanches’ last 365 days look like this:

When rumours began about Wijnaldum moving to Barcelona, I never expected anything but his departure. As a player and person, I love Wijnaldum. He has been brilliant for the club, but now, with his career edging towards its end — he turns 31 next November — it is time for him to go to Barcelona and Liverpool to move on, as good as he still is.