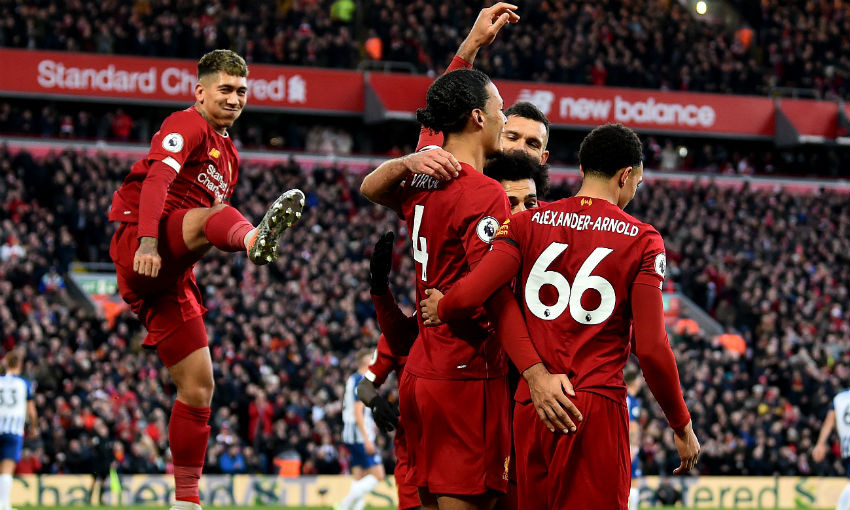 Liverpool head to the south coast on Saturday for a lunchtime kick off against Brighton. The Reds go into the weekend joint-league leaders along with Tottenham Hotspur.

Liverpool could go top of the table with a win and Spurs loss as Jose Mourinho’s club have a difficult away fixture against Chelsea, which could benefit the Reds in the title race.

Jurgen Klopp’s team eased to victory in what was a difficult game on paper versus Leicester City last weekend, 3-0. A Jonny Evans own goal was followed by goals from Diogo Jota and Roberto Firmino.

Klopp is getting players back from injury although several players are still out. Naby Keita is one of the latest players to make the injury list after suffering a groin strain last weekend. As often happens, Keita was playing well just before it occurred.

Right-back Trent Alexander-Arnold is still recovering from a calf injury. James Milner or Neco Williams will fill in. Xherdan Shaqiri is still out due to a muscle issue picked up on international duty. Thiago Alcantara is likely to miss out with his knee injury. Meanwhile, captain Jordan Henderson is likely to make the team.

Since Brighton were promoted to the Premier League in 2017, they have played Liverpool six times. Liverpool won all six of those games by a combined scored of 15-3. On three occasions, Liverpool won to nil.