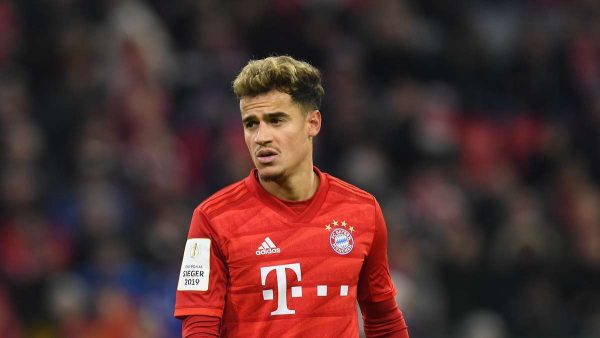 Liverpool are not interested in bringing back Philippe Coutinho as they rightly should not be. He turned his back on the club forcing a move to Barcelona. Since his departure from the Anfield, Liverpool have hit heights Coutinho couldn’t take them to. Now, with Barcelona not wanting him and Bayern Munich claiming his performances this season on loan do not justify a permanent deal, the midfielder is looking for a new home.

Reports surfaced earlier this week that Coutinho is desperate to return to Anfield. Jurgen Klopp is not desperate for him, however. A large number of Liverpool fans showed support for the 28-year-old’s return when news broke of Coutinho pleading for another chance.

But even if Coutinho lowered his wage demands, a reunion would be foolish. His age, price, and recent productivity along with not fitting into Liverpool’s current team, mean a move just wouldn’t work out long-term.

Klopp and the club do have other attacking midfield options in the transfer market, which, truth be told after elimination from the Champions League, is needed. Today, let’s look at three attacking midfielders that Liverpool should/could sign in Coutinho’s place.

Forget Jadon Sancho and Timo Werner, Kai Havertz should be the attacking player at the top of every club’s wishlist this summer. Havertz has a lot of upside and is continuing to develop and get better. While Werner and Sancho are already the finished articles, Havertz is still learning his role.

He started out as a winger but moved more centrally at Bayer Leverkusen at the start of this season. Since the Bundesliga returned from the Covid-19 break, Havertz has played as a centre forward very similar to Roberto Firmino. In 28 Bundesliga matches, Havertz has scored 12 goals and added six assists. It is very Firmino like.

In six games since returning from the Covid-19 hiatus, Havertz has scored six goals in six games. Sancho may have the pace and street football skills, but Havertz fits into Klopp’s style of play and has shown himself to be a professional all season long. 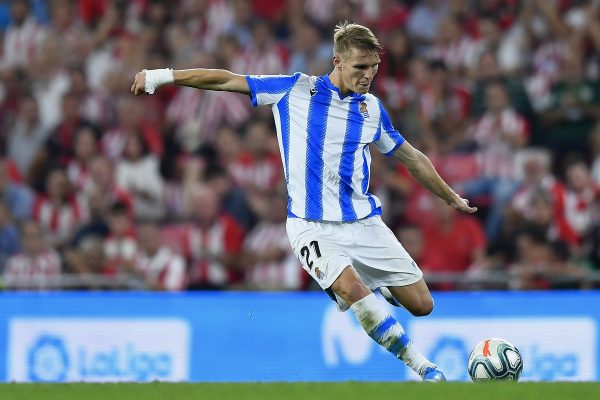 In 2014 and 2015, Norwegian player Martin Odegaard was on the tips of every football fans tongue as the youngster was snapped up by Real Madrid. He joined the club at 16-years-old and made his debut for the team not long after joining to become the youngest ever player to feature for them.

Since then, Odegaard has had a nomadic career of loan spells as Real Madrid have sent him to Heerenveen, Vitesse, and most recently Real Sociedad. This season at Anoeta, Odegaard has starred for the club leading them to the Copa del Rey final. The Royals are also in the top five of La Liga and have the chance to finish in the Champions League qualification places.

Although a very talented attacking midfielder, Odegaard has scored just four goals and added five assists in 24 games. Conventional wisdom leads one to believe that playing in Liverpool’s team under the guidance of Klopp, Odegaard’s scoring and creation of goals would increase. You only need to look at Coutinho, Mohamed Salah, and Sadio Mane for evidence. Real Madrid look unlikely to bring Odegaard back and thus far, a stay at Anoeta for another campaign looks likely. Although Odegaard has been around for some time now, he is only 21.

If you are unfamiliar with Matheus Cunha, then that is understandable. The 21-year-old attacking midfielder/centre forward only joined Hertha Berlin from RB Leipzig in January 2020. Cunha is destined to be the next Brazilian star to break out in the German top flight and in nine appearances for the Berliners, has shown some tremendous potential.

Since making the move to the capital from Leipzig, Cunha has scored four goals and added two assists in nine games. He is already playing for a team that plays a similar pressing style as Liverpool. Bruno Labbadia has instilled a high work rate in the Hertha Berlin team.

The only concern around Cunha is a concussion he suffered prior to matchday 29. He has only played 22 minutes of Hertha Berlin’s last four games. He is the type of player that could thrive in Liverpool’s front three given the chance.