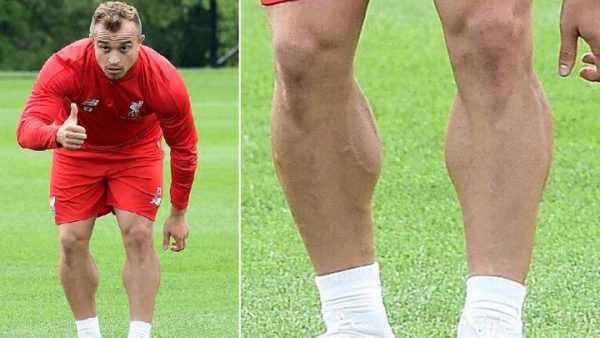 Liverpool midfielder Xherdan Shaqiri cannot catch a break as the Swiss international has been ruled out of Liverpool’s Carabao Cup match with MK Dons on Wednesday night with a calf injury.

The injury was announced following our blog post on Tuesday looking ahead to Liverpool’s match against MK Dons. 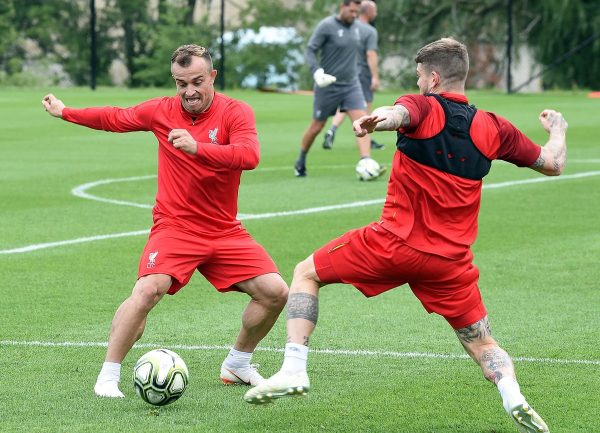 Liverpool have stated Shaqiri has a small tear in his calf muscle.

“Yesterday towards the end of training, Shaq felt his calf stiffen up a little bit,” assistant manager Pepijn Lijnders said.

“He couldn’t continue and a scan showed he had a little tear there. We need to wait a couple of days, but for sure he is not in contention for tomorrow. He needs some rest, so he will not be involved.”

Shaqiri will join Sadio Mane on the sidelines for tonight’s match as the winger is ruled out with a dead leg. He suffered the knock during Liverpool’s 2-1 win over Chelsea.

The good news for Jurgen Klopp is the return of midfielder Naby Keita. The midfielder, who has been out since August’s UEFA Super Cup, is set to feature.

“Yes [he could return on Wednesday]. I will not give the team but he is in a really good way,” Lijnders explained.

“What a boy! He makes our build-up play completely different; he creates unpredictability how the ball moves forward. He is an important player, so hopefully, we can use him in the next weeks and hopefully tomorrow will be a day where he can shine.”

Shaqiri’s injury comes as another major setback for him. He had just begun to get back into Liverpool’s team featuring in two of Liverpool’s six Premier League matches.

His calf muscle tear could keep him out for four to six weeks similarly to Alisson Becker. The goalkeeper has been sidelined since early August when he suffered a calf injury against Norwich City.

Shaqiri was a major part of Liverpool’s side in the first half of last season and bagged six goal in 24 Premier League appearances. He has struggled to be a regular since featuring against Wolverhampton Wanderers in last January’s 2-1 FA Cup loss.