Liverpool head to Milton Keynes for a Wednesday night Carabao Cup clash with MK Dons. The Reds are five points clear at the top of the Premier League after six matches and will follow up their midweek match with a trip to Bramall Lane to face Sheffield United.

Manager Jurgen Klopp has an interesting proposition on his hands for Liverpool’s match against MK Dons. Klopp’s best XI at the moment has proven to be the team that started against Chelsea last Sunday. However, Klopp needs to rest those players and must make wholesale changes to the starting XI to ensure his squad members are adequately rested. 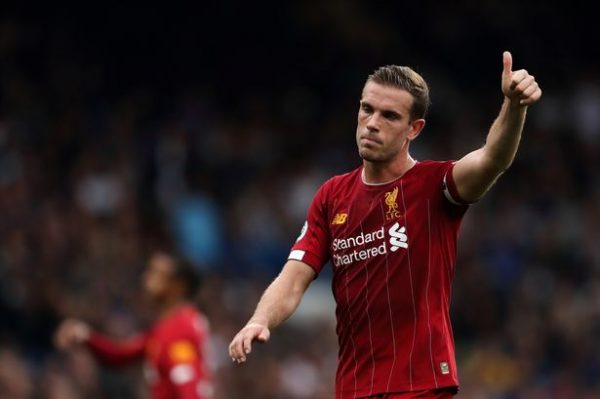 Last season, Liverpool failed to get past Chelsea in the third round of the Carabao Cup. The Blues went on to lose the final of the competition while Liverpool pushed Manchester City to the final day of the season for the league title. The Reds also won the Champions League.

Sacrificing the Carabao Cup is what nearly every Liverpool supporter would prefer to ensure a strong push for the Premier League title once again this season. Those who work for Liverpool in some capacity from the playing staff up to club owner John W. Henry would also prefer to sacrifice the League Cup — although they may not say it publicly.

The players who started against Chelsea should, hands down, be left back on Mersey for Wednesday night’s match.

If that is the case, and it certainly should be, Klopp has the opportunity to give valuable playing time to back-up and fringe players. The likes of Adam Lallana (who came on for Jordan Henderson in the second half against Chelsea), Xherdan Shaqiri, Rhian Brewster, and Joe Gomez should all get game time and start against MK Dons.

Although reports so far indicate Klopp is merely “considering” changing his XI, it should be an afterthought for a third-round Carabao Cup match against a League One team.

Who will start for Liverpool against MK Dons?

One player that looks set to start and make his debut for Liverpool’s senior team is 20-year-old goalkeeper Caoimhin Kelleher. The young shot-stopper has been on Liverpool’s bench a half a dozen times this season already as Adrian’s backup.

There are some issues with the players Klopp could select for Wednesday night. Liverpool’s under-21 side will play Fleetwood Town on Wednesday night. The manager may have some of his options limited.

The Echo reports Harvey Elliott, Ki-Jana Hoever, and Curtis Jones could all three be a part of the team. Hoever and Jones both featured in Liverpool’s 2-1 loss to Wolverhampton Wanderers in the third round of the FA Cup last season.

Klopp could have Naby Keita fully fit for the match after he returned to first-team training last week. Divock Origi, on the other hand, is likely to still need time to overcome his sprained ankle.

So, who does that leave in Klopp’s starting XI?

Kelleher will be in goal for the Reds while Gomez, Dejan Lovren, and Hoever could all three be in defence. That does leave a left-back position open due to the Reds not signing a new full-back in the summer. Could James Milner take that place? He should get a start on Wednesday night after playing as a second-half substitute against Chelsea. But Milner could be in midfield with Sepp van den Berg playing in defence.

That is five to six players, so who else gets in the team?

Brewster will start as Liverpool’s No. 9 with Alex Oxlade-Chamberlain and Shaqiri also being added to the starting XI. Due to Liverpool lacking pace in wide areas, Klopp could deploy the team in a 4-5-1 formation.

Lallana is also assured a starting position and perhaps we can finally see him in the defensive midfield role everyone raved about in the preseason. It is a role he hasn’t played since. By starting Elliott, Klopp could play a 4-3-3 with Shaqiri also playing out wide.

Jones will most likely get a place in the team as well. He impressed in preseason and could be Lallana’s replacement next term if the English midfielder is allowed to leave on a free transfer.

Wednesday night’s Carabao Cup clash at MK Dons is the perfect chance for Liverpool’s backup and fringe players to showcase what they can do for Klopp. MK Dons will be out to make history, however, with a big scalp in the third round of the competition.