Liverpool fell 2-0 to Napoli on Tuesday night in Napoli’s for the second straight season in the Champions League group stage.

Coincidently, Liverpool’s lack of defensive concentration cost them in the final 10 minutes once more as Andy Robertson conceded a penalty to Jose Callejon. 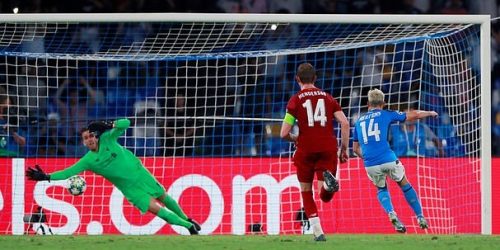 Both goals came against the run of play with Liverpool looking more likely to score. Following the match, Jurgen Klopp reflected on the match in his press conference.

“For me, it’s clear and obvious, no penalty,” Klopp said.

“Callejon jumps before he has any contact, but we cannot change that so we have to be critical with ourselves.

“We did well in a lot of moments, we played a lot of good football but we didn’t finish off.”

Klopp, like many Liverpool supporters, felt the 2-0 scoreline was unjust over the course of 90 minutes. 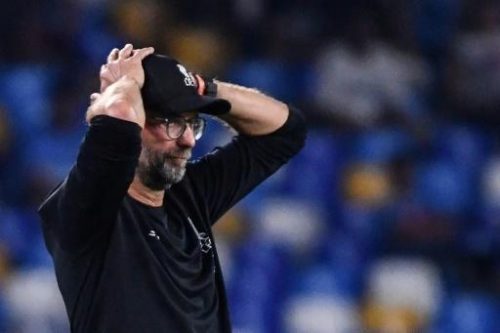 “This was a much better game than we played last time when we lost 1-0 in the last minute [to Napoli last season],” Klopp explained.

“It was an open game, in moments we controlled the game, but we had a lot of counter-attacks and didn’t finish them off.

“That’s a problem. Then in the second half, we had this wild game, we were running, they were running.

“They’ve killed everybody on the pitch, started controlling again and then we’ve conceded a penalty. Of course, that doesn’t help and I’ve seen it now, I don’t think that’s a penalty.”

Liverpool will be back in Champions League play at Anfield against Red Bull Salzburg on October 2nd.