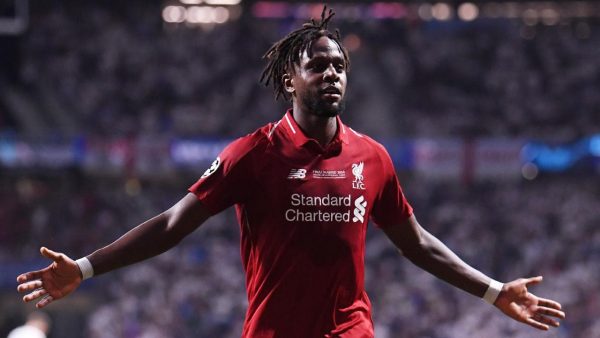 Liverpool have released a fresh update on Divock Origi after the striker injured his ankle against Newcastle United on Saturday afternoon at Anfield. The striker was substituted in the 37th minute of the Reds’ 3-1 win.

According to Liverpool’s official announcement, Origi will spend some time on the sidelines due to the ankle injury. It is believed he will be back in as little as two weeks.

Origi was not included in the travelling squad as Rhian Brewster was called up from the under-23 team to take his place.

Liverpool manager Jurgen Klopp gave an update on the club’s official website in regards to Origi’s injury during the team’s flight to Italy.

“The update on Div is that it is not too serious.

“We expect him [to be out for] between one and two weeks, but it depends a little bit on when he can deal with the pain.

“It is nothing really; it’s a feeling, but it should be fine.”

On Sunday, it was feared Origi’s injury could be worse with the striker missing a month or more of action. However, he looks likely to be back by the end of the month.

The Belgian has scored one goal in four matches this season. That goal came against Norwich City in the season opener.