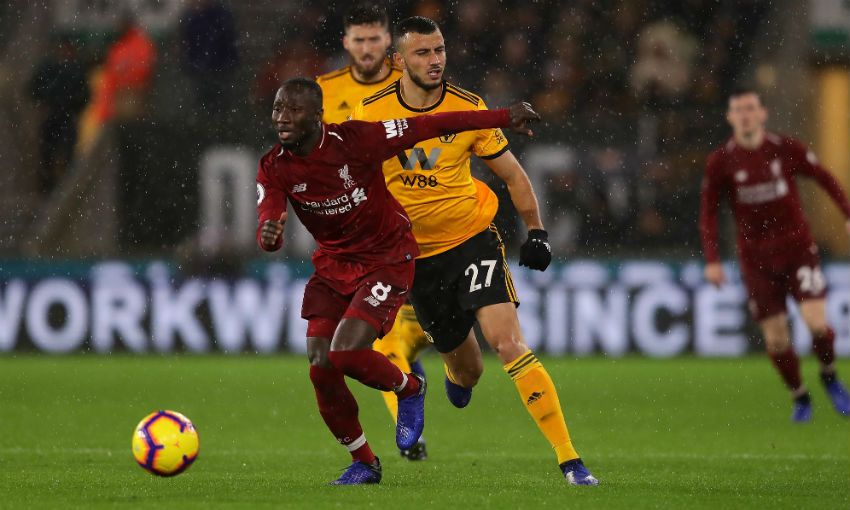 Liverpool’s Naby Keita has been ruled out of Saturday’s big Premier League clash versus Arsenal. The midfielder missed out on Liverpool’s last two fixtures due to a muscle injury sustained in training ahead of the UEFA Super Cup.

Keita is suffering from a muscle injury with reports suggesting he will be “out a while”. Despite Keita’s absence, Liverpool still have a strong midfield and players fighting for a place in the side. Fabinho, Jordan Henderson, James Milner, Georginio Wijnaldum, Xherdan Shaqiri, Adam Lallana, and Alex Oxlade-Chamberlain can all be selected for Jurgen Klopp’s first-team.

The Guinean has played just 23 minutes this term which came in the Community Shield against Manchester City. Keita played very well leaving Klopp frustrated that the midfielder looked so promising but is no injured once more. Keita has had repeated muscle injuries since arriving at Liverpool in the summer of 2018.

In terms of midfield minutes, Klopp’s assortment of players offers options. The manager recently spoke about Oxlade-Chamberlain needing to be patient with first-team minutes. The Englishman has started Liverpool’s last two matches against Chelsea and Southampton.

“He needs to be patient in the right way, and everything will be fine 100%,” Klopp said. “We only talk about Ox because everybody knows how good he is.

“We need to make sure that he can show that on the pitch as well. When I make the decision that he is now ready then it is my responsibility of course, and the boy only has to try to do his best. That’s what Ox obviously did.”

According to Transfermarkt, Keita has now missed 11 matches in all competitions since joining Liverpool from RB Leipzig.