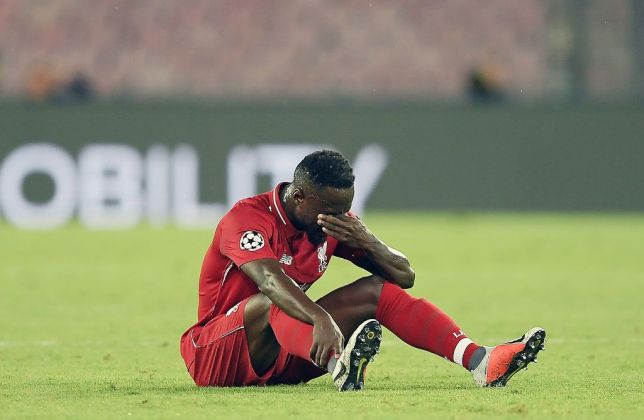 Naby Keita’s 12-plus months at Liverpool have been a disappointment. The midfielder’s injury record has made him a roll of the dice when selected for Jurgen Klopp’s starting XI.

Most recently, Keita was ruled out of the UEFA Super Cup after limping out of Liverpool’s final training session prior to the game. It was an injury that prevented him from starting and forced captain Jordan Henderson back into the Liverpool XI. The injury also kept Keita out of Liverpool’s weekend fixture with Southampton.

Naby Keïta is testing my patience these days with his injury problems. Availability supersedes ability, it's getting Lallana level ridiculous now. Fuming.

Keita, who cost Liverpool £54 million from RB Leipzig, arrived at Liverpool with plenty of potential. His debut season in the Bundesliga coincided with RB Leipzig’s first term in the big time. Keita excelled as did most of his teammates as the Bulls finished second behind Bayern Munich. It was an amazing accomplishment in the club’s first top-flight season. For his part, Keita scored eight goals and tallied eight assists.

The following season, now on loan back at RB Leipzig after Liverpool purchased the box-to-box midfielder, Keita scored six times and added five assists in 27 Bundesliga games. It was another stellar season statistically as RB Leipzig had to curb expectations and prevent them from getting out of hand due to their success.

The midfielder missed just four matches in two seasons at RB Leipzig due to injury. He was a dependable player and one capable of turning a match on its head for the Germans.

Naby Keita struggling to shake off the mishandling of him by the Guinean national setup. Had a few knocks at Leipzig, nothing really that serious – should have been given full rest after his injury in May, not taken along to the AFCON..

But injuries have become synonymous with Keita since arriving at Anfield. According to Transfermarkt, Keita has missed 11 matches since the beginning of the 2018-19 season. In total, he has been absent for 89 days. It seems like far more to Reds supporters, but still, 11 matches and nearly three months is annoying.

The rigours of the Premier League, Champions League, and training have made injuries commonplace for Keita. Prior to Liverpool’s weekend match against Southampton, Keita was ruled out with a “muscle thing”, according to Klopp. The injury, which was sustained ahead of the Super Cup, poured more fuel on the fire for fans claiming Keita is a bust. Which there have been plenty of supporters feeling frustrated with the purchase of the midfielder.

Unfortunately, Keita’s case isn’t straightforward. He has been good when fit and playing. He scored three goals and tallied one assist in 31 combined matches in the Premier League and Champions League last term. However, Keita missed matches down the stretch, including the Champions League Final. Due to poor personnel management with the Guinean national team, Keita was injured during the Africa Cup of Nations and returned to Liverpool for preseason nursing an injury.

After a promising end preseason to preseason, big things were expected from the Guinean. The problem going forward is Klopp cannot count on the midfielder to be fit. Every knock or, in most cases, sprint could see Keita put on the shelf with an injury. Especially, a muscular issue.

Keita’s injury record for big Liverpool matches has been incredibly frustrating. He missed the Champions League Final last season and the UEFA Super Cup this term. While he did make an appearance in the Community Shield, playing the final 23 minutes, fans only got to see a fraction of the impact he can have on the Reds. 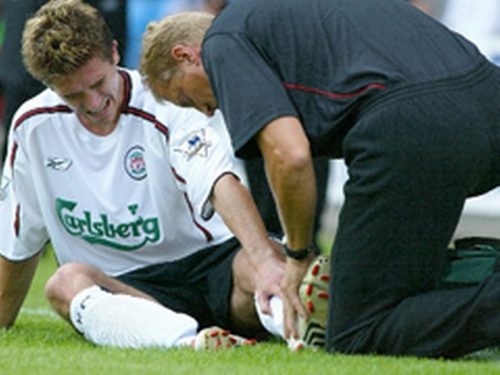 Is his injury record in the territory of Harry Kewell, a mercurial talent that often found himself on the physio’s table, at Liverpool? No, but if something isn’t done to curb Keita’s muscle injuries, all of his Liverpool injuries have be muscular, then he could find himself being the next Harry Kewell. Kewell still managed to play 139 matches and score 16 goals for Liverpool in five seasons.

Like Kewell, Keita can be a world-beater on his day. Unfortunately, we have not seen that for an extended period, which is very much like Kewell during his time at Anfield. While Kewell-level of injuries is a ways away still, Keita is moving into Adam Lallana territory for being often injured. Like Lallana, no one knows when Keita will be fit, injured, or just out of the side.