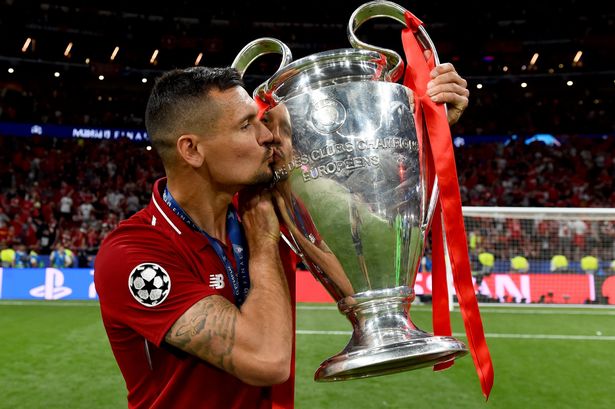 Liverpool have got the best of Italy’s Roma in recent seasons in the transfer market. Thanks to former Roma sporting director Monchi, Liverpool were able to sign Mohamed Salah and Alisson Becker in back to back offseasons. Both players were major parts of Liverpool’s success in 2018-19.

Now, it looks like Liverpool could sell centre-back Dejan Lovren to Roma as the transfer window to purchase players is still open on the peninsula.

Roma and Liverpool are in advance talks over the transfer of Dejan Lovren for a reported £15 million.

Lovren is now 30-years old and his contract will expire in 2021. The centre-back arrived at Anfield from Southampton in 2014 for a fee of £22.77 million. At the time, he was considered one of the most promising centre-backs in the Premier League. Lovren has made 170 appearances for the Reds since arriving but has been under constant criticism from fans and pundits.

Last season, saw Lovren fall out of favour as Matip and Van Dijk formed a strong partnership in the second half of the Premier League and Champions League seasons. Matip also has question marks around his Anfield future as well.

Lovren was left out of Liverpool’s travelling squad to Turkey for Wednesday night’s UEFA Super Cup. His transfer to Roma could be finalised in the next 24 hours.

With Dejan Lovren seemingly headed for the exit at #LFC; @_lfcleanne looks at the early form of Joe Gomez at centre-back and what that means for Joel Matip, also. 🔴https://t.co/88QChVer93

Liverpool could look to add another centre-back in the January transfer window. However, the sale of Lovren without the ability to bring in a new back-up defender until then could result in Van Den Berg or Hoever having first-team opportunities.

One thought on “Dejan Lovern seeking transfer away from Liverpool”