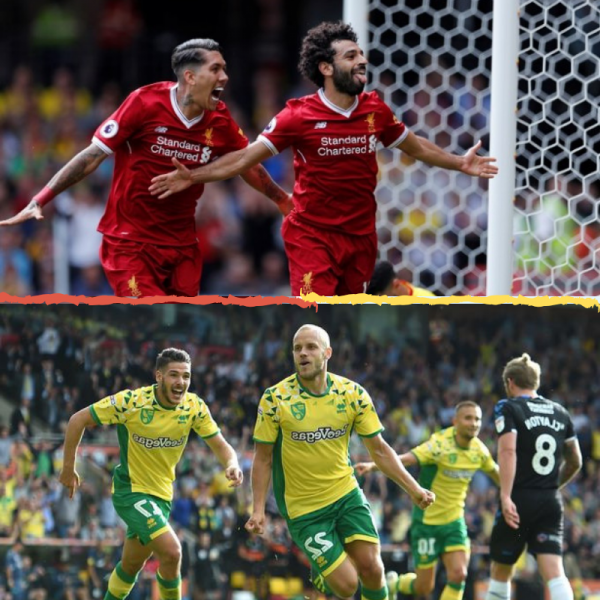 All eyes will be on Anfield on Friday night as Liverpool host Norwich City. The Reds are coming off a great showing in the Community Shield where they drew 1-1 with Manchester City in regulation before falling on penalties, 5-4.

On paper, Jurgen Klopp’s team has a much easier opening day fixture than title rivals Manchester City. While the Reds play newly promoted Norwich City on Friday, Manchester City will travel to the London Stadium to play West Ham on Saturday.

Norwich City have not been an easy team for Liverpool to defeat in recent seasons, however. The two clubs played a memorable nine-goal thriller in January 2016 with Liverpool prevailing at Carrow Road, 5-4. It was a day that reiterated Liverpool’s lack of defence and just how woeful the rearguard was at the time.

To show just how different Liverpool are to the side that last played Norwich City, 10 of the 14 players that appeared in the match are no longer at Liverpool.

Liverpool are undefeated against Norwich City in their last 10 matches dating back to 2004. Despite their positive record, the Canaries have pushed the Reds for 90 minutes in many of those fixtures.

Games between Liverpool and Norwich City have also been very high scoring. Five of the last six matches have seen at least five goals combined. In three of those six fixtures, Liverpool scored five goals on their own.

Will Friday night’s match be wide open and high scoring like the previous fixtures between the clubs?

The Canaries finished the EFL Championship campaign on a 14-match unbeaten run. It was a run that solidified them as the best team in the division.

Sadio Mane will not play on Friday night. He only returned on Monday after his extended run in the Africa Cup of Nations.

Midfielder James Milner missed the Community Shield last Sunday and is being assessed ahead of Friday’s match. Milner suffered a “slight muscle injury” and could be kept out to avoid a bigger problem occurring down the line.

Good to see James Milner was back in training today after missing Sunday's game. At least we have our backup left-back again…👀

Nathaniel Clyne is the only other player set to miss out for Liverpool.

Three Norwich City players are ruled out of the opening fixture. Christoph Zimmermann, Louis Thompson, and Alex Tettey will play not a part in the match while Timm Klose could recover in time from a hip flexor injury to appear.

Finnish striker Teemu Pukki is Norwich City’s dangerman. He bagged 29 goals in 43 EFL Championship matches last term. The Reds defence, which looked far better against Manchester City in the second half of the Community Shield, must stop the Finn from finding space in the 18-yard box.

Her: I bet he’s texting other girls

Him: Will Teemu Pukki be able to handle the step up to the Premier League? pic.twitter.com/n1PsFa1CA4

Liverpool looked ready for another Premier League title fight during the Community Shield. Now, they must translate that performance over to the league and improve upon it.

Stay up to date on all things LFC with Liverpool Reds FC Blog on both Twitter and Facebook.