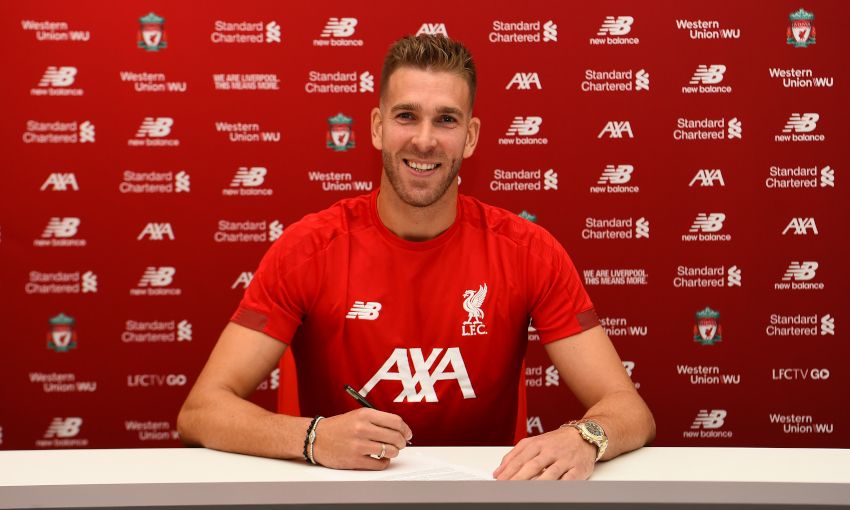 Liverpool agreed on the transfer of goalkeeper Simon Mignolet this morning sending him to Belgium’s Club Brugge.

Mignolet joined Liverpool from Sunderland in 2013. In six seasons with the Reds, Mignolet played 204 times and picked up a Champions League medal last term.

His last two seasons at Anfield saw Mignolet’s playing time greatly reduced. In 2017-18, he split time with Lorius Karius and eventually lost the starting goalkeeper position. With the signing of Alisson Becker in the summer of 2018, Mignolet’s future was greatly called into question.

Mignolet made just two appearances for the Reds last season with both coming in cup matches.

Adrian, 32, was released by West Ham at the end of the 2018-19 season. His signing was so swift that it is likely the Reds had already agreed to let Mignolet leave earlier in preseason.

However, without Alisson during the Reds’ preseason tour of the United States, Liverpool needed the veteran shot-stopper to remain at the club.

Adrian appeared in 150 matches for West Ham conceding 215 goals and saving 43 shots. he played just five times for West Ham last term but didn’t make an appearance in the Premier League. He conceded eight goals in those five appearances.

Jurgen Klopp has claimed Adrian is the “perfect solution” to Liverpool’s goalkeeping needs.

Stay up to date with Liverpool Reds FC Blog on both Twitter and Facebook for today’s Community Shield.