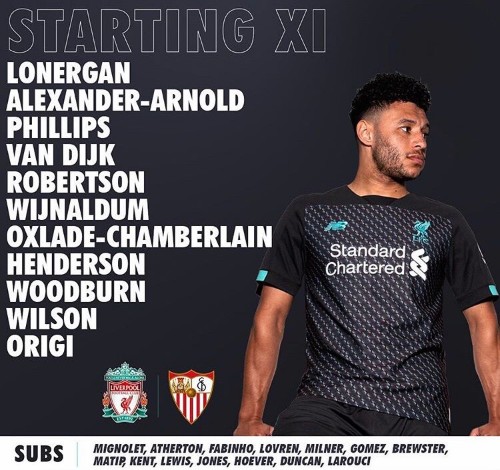 Liverpool fell to La Liga side Sevilla in a preseason rematch of the 2016 Europa League Final on Sunday night at Boston’s Fenway Park. The Reds, who lost to Borussia Dortmund in preseason play on Friday night at Notre Dame Stadium, have now lost back to back preseason fixtures on their North American tour.

The two defeats came after two easy victories against Tranmere Rovers and Bradford City, hardly the most difficult competition for the reigning Champions League winners. The step-up in competition against Borussia Dortmund and Sevilla have shown over the course of the last 180 minutes. 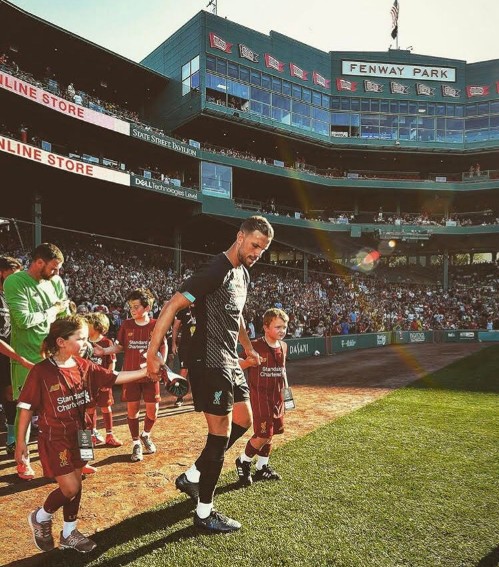 Against Borussia Dortmund, Liverpool’s defence was poor and unable to cope with the German’s attack. In response to a poor showing, manager Jurgen Klopp deployed a strong back four against Sevilla on Sunday night. Trent Alexander-Arnold, Virgil van Dijk, and Andrew Robertson all started with Nathanial Phillips.

The biggest surprise was the omission of goalkeeper Simon Mignolet from the starting XI. It was believed Mignolet would play all three matches in the United States. Instead, Klopp gave a preseason start to Andy Lonergan, a journeyman goalkeeper who was only expected to train with the club.

Alexander-Arnold’s addition to the starting XI nearly paid dividends in the second minute as his brilliant low cross from the right flank just eluded Ben Woodburn. Striker Divock Origi had the next best chance for the Reds after his strong play led to a shot that was saved by Sevilla goalkeeper Sergio Rico.

Like Liverpool’s game against Borussia Dortmund, there were apparent issues in defence. Sevilla’s Diego Carlos found space in the six-yard box from a corner with no Liverpool defender around him. His header just sailed over the bar, however.

Luuk de Jong was the next to find space in the Reds’ 18-yard box as defenders weren’t tight enough to the Dutchman. His volley was unable to find the target. More awful defending followed as De Jong was denied by a cat-like Lonergan following a poor clearance by Liverpool. Lucas Ocampos was next to test Lonergan but his shot missed the target just wide. Lonergan showed himself to be up to Sevilla’s challenges and was Liverpool’s best player for much of the half.

Although it is preseason, Liverpool’s back four has looked out of sorts. It can be put down to Alisson Becker being away and the Reds’ main defenders not playing together. However, even Liverpool’s back-up players shouldn’t be as switched off in defence.

As the first half wore on, Liverpool found themselves increasingly on the back foot. Former Manchester City forward Nolito was the man to finally make Liverpool pay for their sloppy defending. He got onto a deflected cross in the box with no one around him and stroked home a gorgeous finish in the top right corner.

With a minute to go until halftime, Liverpool responded thanks to Divock Origi. The Belgian was on hand to hammer home Phillips’ blocked header. Origi’s goal sent Fenway Park into a frenzy with many American Liverpool fans excited to see the Champions League hero get on the score sheet.

Joe Gomez and Dejan Lovren entered in defence in the second half. Liverpool looked strong at the back as the second period got underway with Gomez making several blocks.

Mignolet also entered the game and came up big with several saves. Although Lonergan did start the fixture, Mignolet had played Liverpool’s previous three friendlies and it is believed Klopp simply wanted to give the Belgian some time off. 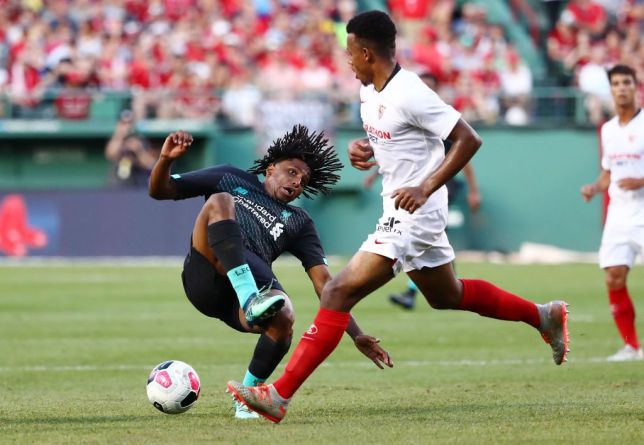 The biggest incident of the night came in the 76th minute when Sevilla’s Joris Gnagnon blatantly hunted down Liverpool left-back Yasser Larouci and cynically kicked him in the ankle. Larouci, who had appeared against Borussia Dortmund on Friday, was stretchered off following the ludicrous assault by Gnagnon.

Liverpool would end up falling to Sevilla thanks to a 90th-minute goal from Alejandro Pozo. Once again it was poor defending that left Mignolet out to dry.

The Reds did have some positives with the play of Gomez, Origi, Curtis Jones, and Lonergan. Yet, the defence was still a mess over the course of 90 minutes. In addition, Larouci’s injury could see him miss the rest of preseason.

Liverpool will finish off their US tour on Thursday in New York City against Sporting Lisbon.