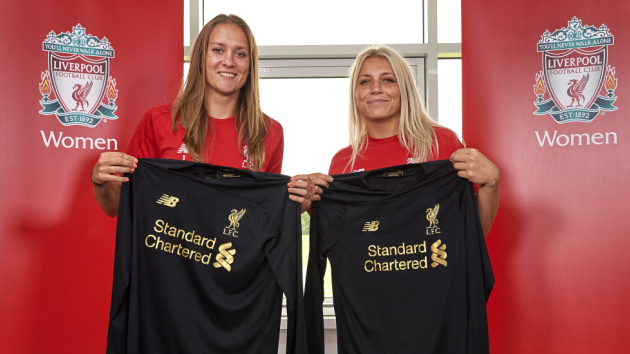 Women’s football is growing as was evidenced at this summer’s Women’s World Cup in France. In the United Kingdom, the BBC reported a record audience of over 28 million people watched the event.

In the tournament’s wake and in preparation for the new FA Women’s Super League season, Liverpool Ladies have announced two new sponsorship deals.

The women’s team will officially be sponsored by Standard Charter as the financial services firm extends its deal to cover the ladies’ and the men’s teams.

Standard Charter will take over the front of the Liverpool Ladies shirt and replace former sponsor Avon. The deal is reportedly a “multi-year” sponsorship.

The financial and banking organisation negotiated a new agreement with Liverpool earlier this year for £160 million over the next four years.

In a statement released by Standard Charter, Global Head of Brand and Marketing, Emma Sheller, stated: “Nearly 50 per cent of our employees are women and diversity and inclusion underpins the bank’s values.

“The popularity of women’s football is on the rise – as we’ve just witnessed with the recent [Fifa] Women’s World Cup – and Standard Chartered is excited to be expanding our existing relationship with Liverpool FC Women and work with these elite athletes on some really meaningful partnerships over the next few seasons.”

Joie will also partner with Liverpool Ladies this season. The company, a brand focused on pushchairs, car seats, and other baby- and family-focused items, will have its logo on the back of the players’ shirts.

The two deals move Liverpool Ladies more in-line with the men’s team. This summer has already seen the ladies team travel to the United States to participate in preseason preparations along with the men. It is speculated that Liverpool will continue to align the two teams in the future in various ways.

Liverpool Ladies will kick off the WSL season on September 8th against Reading.